Yes, I Accept
what to do in montreal this weekend
Things To Do

There will be more than 30 kiosks over the course of 3 different weekends. 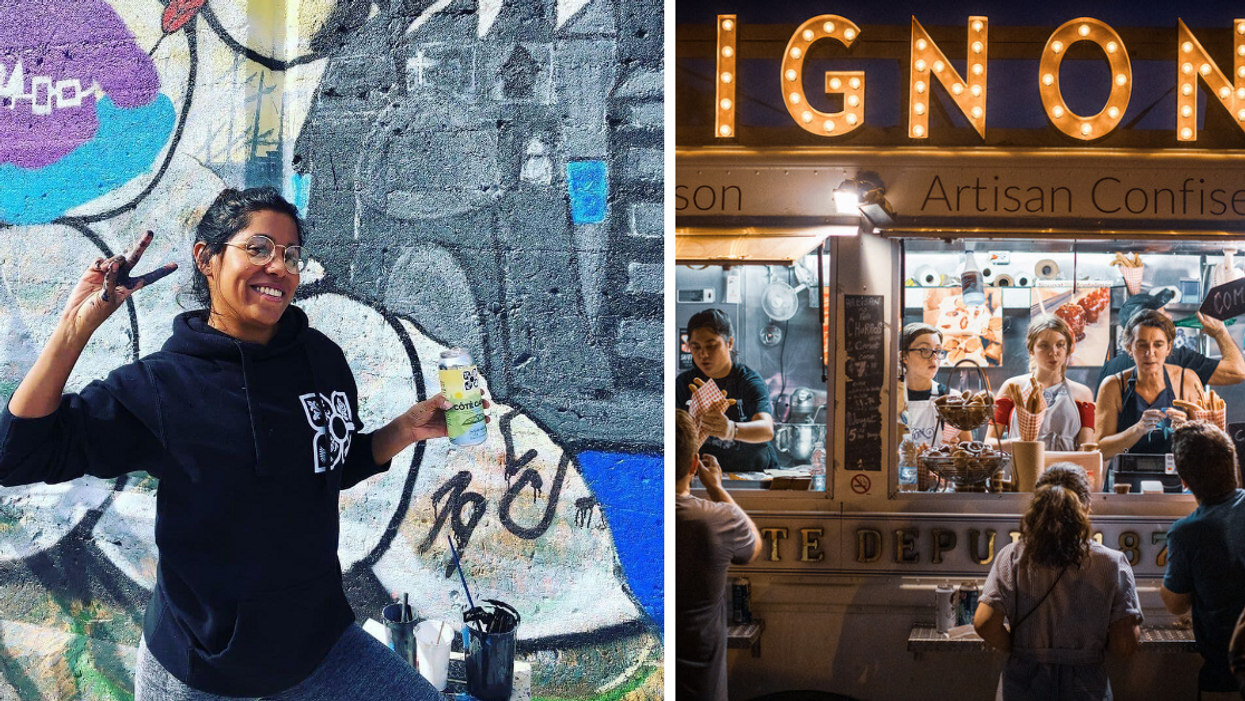 A new smorgasbord-style market with "ephemeral terrasses, cultural pop-ups and musical entertainment" is coming to the banks of the Lachine Canal in Griffintown over the course of three weekends, beginning on July 31 and August 1.

The event name, Sudbest, perfectly captures the goal of the event. Organizers call it the Sud-Ouest's "largest commercial revival initiative," bringing forward as many of the borough's merchants, artists and artisans as possible.

"The Market is intended to be a tailor-made economic stimulus tool for artists and merchants in the Sud-Ouest by giving them a commercial opportunity to promote themselves as part of an event reflecting the neighborhood," said restauranteur Gaelle Cerf, one of the event leaders, in a statement.

At the market, you can expect to find a 100% Quebec wine and cider bar run by the owners of the new convenience store Le Cinq à Sept (Ville-Émard), a bloody caesars bar at Lord William Pub and a "post-pandemic" beer made specially for the event by 4 Origines Microbrewery.

At this month's event, DJ Kelly (Rap Mommies) will be spinning on Saturday from noon to 10 p.m. On Sunday, you'll find Jazz St-Henri, 99 Wolves, and ELMNT at the DJ booth.

Fifteen stands are expected at the first Le Sudbest weekend, according to communications coordinator Julie Poulin. But Poulin told MTL Blog there are already 35 kiosks confirmed for the next event on August 28 and 29.

The third and final (for now) Sudbest weekend is scheduled for September 25 and 26.

Entry is free and dogs are allowed on a leash.

Price: Free entry! No cash is accepted on-site (so pay by card or by scanning a QR Code thanks to the CHK PLZ app)

Why You Need To Go: Check out the SudBEST merchants, artists and artisans that the Sud-Ouest has to offer!