Where my perfectionists at? 🙋🏼 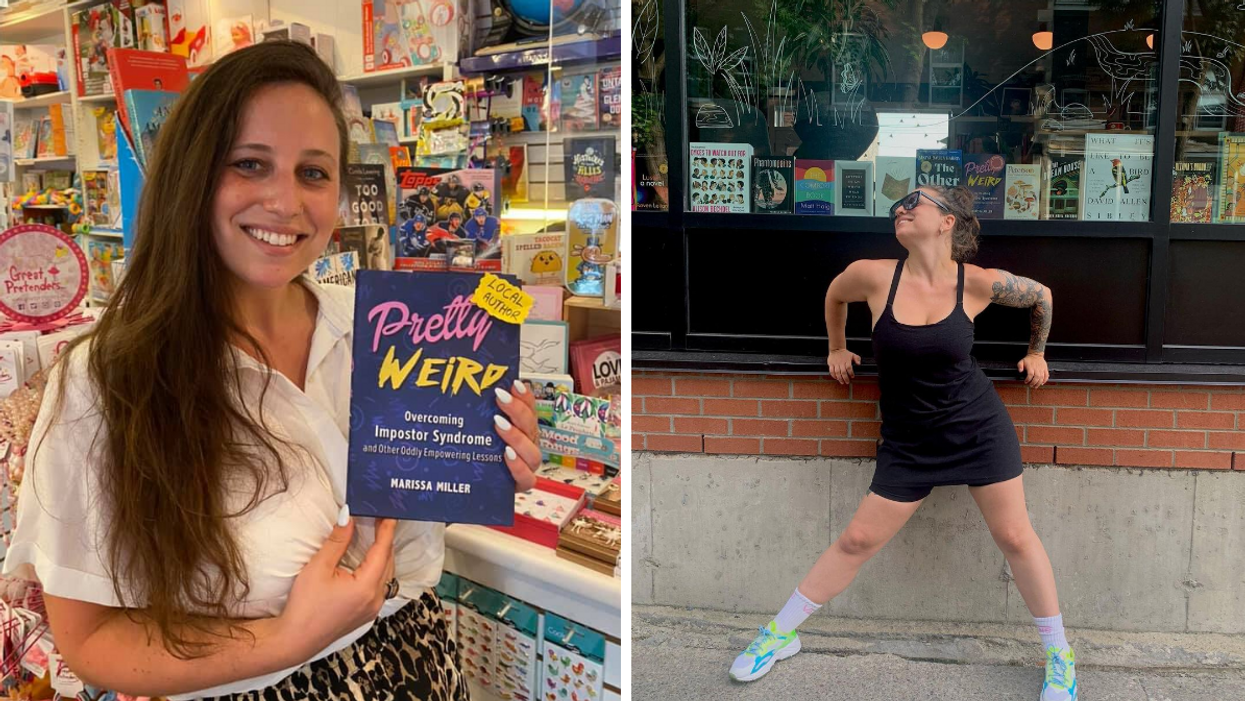 If you've never heard the term "impostor syndrome," you may still relate to feeling like an impostor in your own life. Am I actually qualified for the promotion I just got? Did I really deserve the award I won? Has all my success just been one big bout of good luck?

Montreal author and journalist Marissa Miller knows these feelings all too well. So well, in fact, she wrote a book on the subject. PRETTY WEIRD: Overcoming Impostor Syndrome and Other Oddly Empowering Lessons came out in May, published by Skyhorse Publishing and distributed by Simon & Schuster, and it has already racked up rave reviews, garnering 4.8 stars on Amazon. It also became an Amazon best-seller in multiple categories.

According to Miller's book jacket, the series of relatable, funny and heart-wrenching true stories will teach you "why, like Miller, you're worthy of success by virtue of you thinking you're not." Since feeling worthy of one's own success feels like a no-brainer, but is often surprisingly difficult, we asked Miller for help with exactly that.

What is impostor syndrome?

Harvard Business Review (HBR) defines impostor syndrome as "a collection of feelings of inadequacy that persist despite evident success." According to HBR, impostors "suffer from chronic self-doubt" and seem "unable to internalize their accomplishments, however successful they are in their field."

Miller's book jacket puts it in simpler terms: "The sense that success is a product of coincidence and luck as opposed to hard work and talent."

It's estimated that up to 70% of people experience impostor syndrome at least once in their lifetime and it's said to disproportionately affect women, particularly women of colour.

Why write a book on it?

Miller said, when she decided to write a book, impostor syndrome was the "most natural place to start" since it's central to her existence.

"I'd read loads of literature on impostor syndrome from a clinical perspective, but what was lacking was a raw, unfiltered look into what it looks like on a person, how it happens, and why it's maybe not the worst thing that can happen to you," she said.

"It's so common for women to be undervalued in the workplace and in interpersonal relationships that it's become a joke we gloss over. And then we wonder why women, and other minority groups, feel unable to internalize success. [...] If we do meet some criteria of success, it's this very narrow definition that a white male in a boardroom dreamed up for us. But I couldn't stand for that anymore."

"In a twist of events that should be a shock to no one, I am having serious impostor syndrome over all the love and support I've received," she wrote in an Instagram post following her book launch. "I should probably go reread [my book] because I learn something new each time I do."

Any advice on how to overcome impostor syndrome?

What should you do if you're struggling with impostor syndrome? Here's Miller's advice, in her words:

Miller finished the interview by saying, "If a freak like me from Côte Saint-Luc can do something meaningful with their life, you can too."

And, while she didn't intend it as a piece of advice for dealing with impostor syndrome, we're taking it as a sixth tip. Why? Because she was successful despite impostor syndrome. If you want a living, breathing example of how to overcome it, just look to her.