Video Shows A Car Crossing Into The U.S. From Quebec By Just Driving Across A Library Lawn 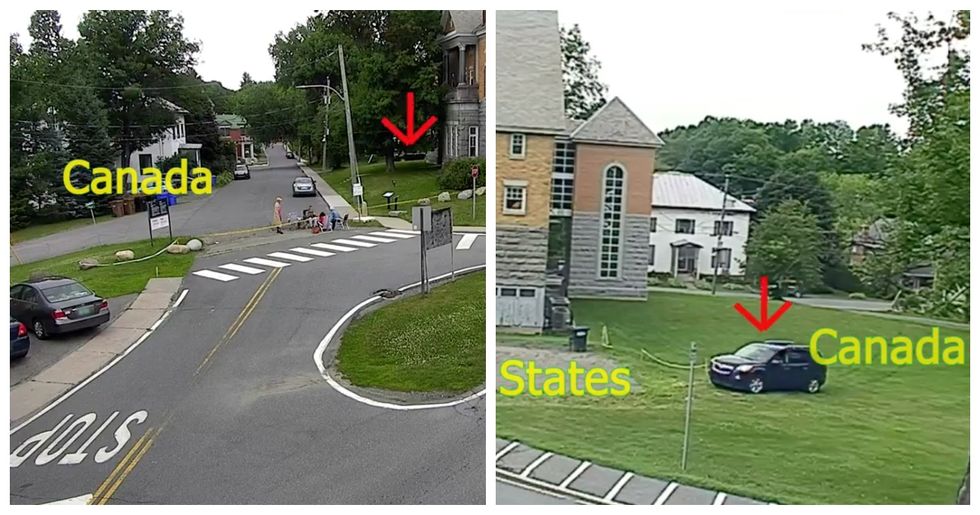 Video shared by United States Customs and Border Protection agency (USCBP) Chief Patrol Agent Robert Garcia shows a car driving into the United States from Quebec by taking an illegal shortcut across a library lawn that straddles the international boundary.

The Haskell Free Library, which famously sits between Derby Line, Vermont and Stanstead, Quebec, has become a symbol of the divided border community.

At the beginning of the video, four people can even be seen congregating on lawn chairs on either side of the border line.

In a July 8 press release, the USCBP said that the vehicle in the surveillance video "nearly collided with a vehicle in the United States" after making its way across the lawn.

The agency said its officers later located the vehicle on the I-91 highway and identified seven people inside, all of whom were sent back to Canada.