Legault Says Montreal's John A. Macdonald Statue Is Going To Go Right Back Up

The statue was torn down by protesters on August 29. 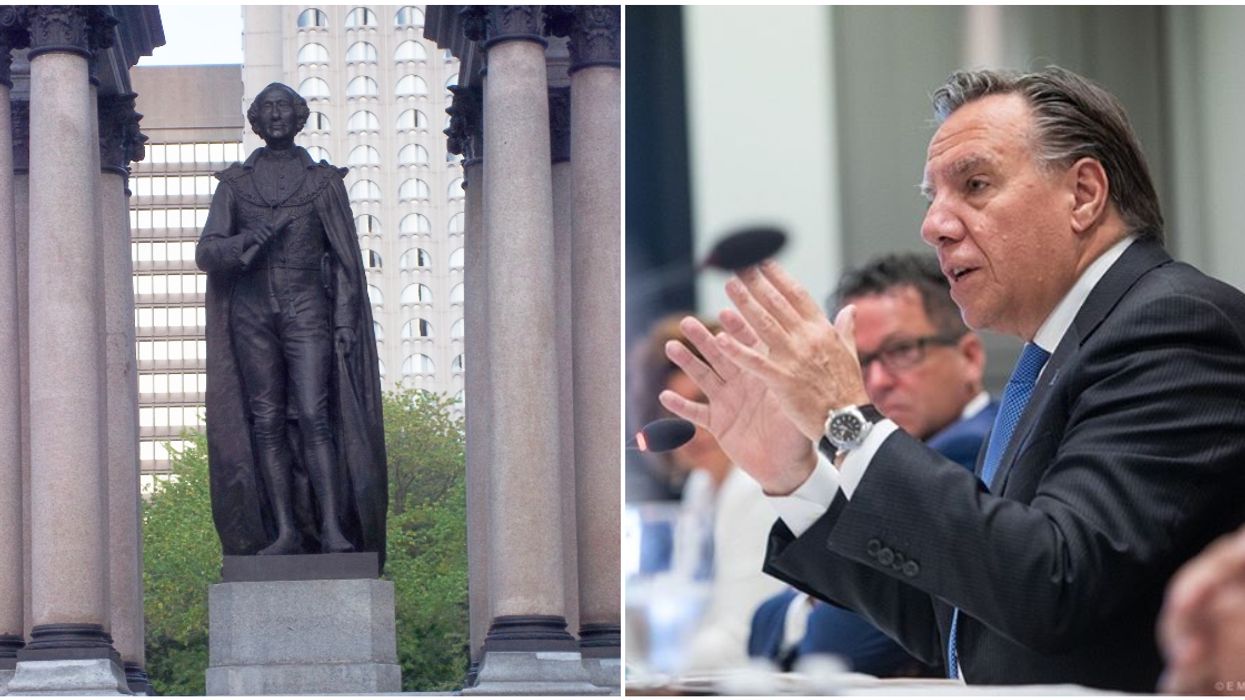 At a press conference on Monday, Premier François Legault confirmed that Montreal's Sir John A. Macdonald statue will be restored and put back where it was.

"What happened last weekend with the statue of John A. Macdonald is unacceptable," said Legault.

"It's unacceptable in a democracy. Of course, we need to fight against racism but that's not the way to do it. We have to respect the history."

Editor's Choice: This Exotic Depanneur Chain In Montreal Sells Drinks & Munchies From All Over The World

The statue will be restored and reput in its place.

"We may have discussions in the next years about changes but right now the decision is that it will be reput in place," he underlined.

Addressing Alberta Premier Jason Kenney's request to bring the statue to Alberta, Legault also explained that there's "no question" that the statue will remain in Quebec.

In a statement, the City of Montreal told MTL Blog that it's going to "take advantage of this moment to take time to reflect on the future of this statue with a multi-disciplinary team."