Around 30 vendors will serve street eats on rue Ste-Catherine. 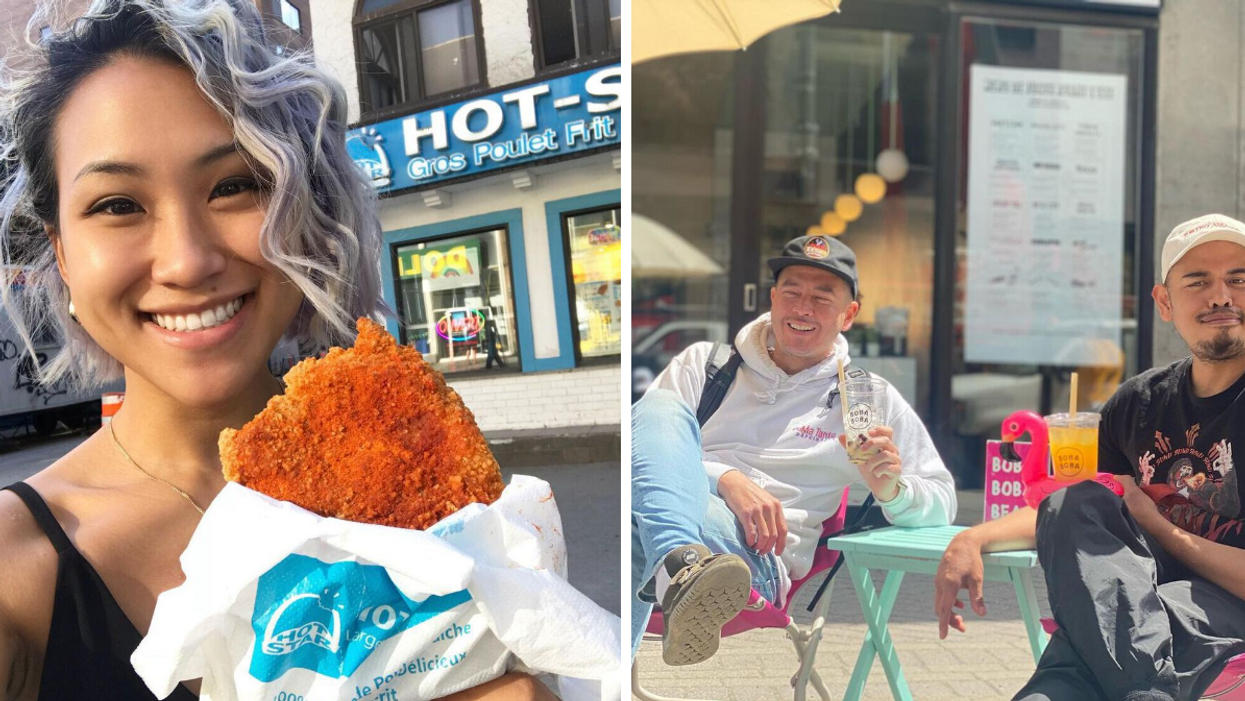 From September 10 to 12, rue Sainte-Catherine Ouest will close off between rue Lambert Closse and rue de Bleury as pedestrians sample delicious Asian street fare from around 30 different kiosks.

"We thought Shaughnessy is like a hidden pearl downtown [...] and we wanted to make people know [it] better," said Cristina D'Arienzo, director of operations for the Montréal centre-ville business development corporation (SDC). The SDC is organizing the event with help from Yatai MTL, which put on Montreal's Japan Week, and Pocha MTL, a local Korean event producer.

"This is like the second Chinatown," D'Arienzo told MTL Blog. "There's a lot of Japanese, Korean and Vietnamese [restaurant owners] especially. [...] Chinatown's like your original traditional neighbourhood, but on Sainte-Catherine is where we can find the new owners and new stores that opened their doors."

The name Shoni, D'Arienzo said, is an insider nickname for Shaughnessy Village and all the participating vendors for the event's inaugural year have restaurants located in the neighbourhood.

Here's a list of eateries you can expect to see:

In addition to tasting amazing food, D'Arienzo said there will be DJs, performances, a K-pop dance battle by 2KSQUAD, and a corgi party with more than 100 dogs.

Prices will be different at each stand, but you can budget about $5 to $25 for each dish.

In Quebec, a vaccine passport is required to access many businesses and activities deemed non-essential, including restaurants and bars.

It was a corgious affair for the pets and their people.

A party was held in Montreal on September 11, and this one went straight to the dogs.

The event, called "Le Happy Corgi Party," was hosted by YATAI MTL as part of the city's first Shoni Market, a celebration of Asian cuisine that offered Montrealers samples of delicious street fare from about 30 different kiosks.

Montreal Has A New Japanese-Inspired Croissant Shop With Stuffed Croissants

There's even a crab-stuffed croissant with truffle sauce!

The new square will be located on avenue McGill College.

The City of Montreal has announced that it's naming a new public square to honour local jazz legend Oscar Peterson.

Place Oscar-Peterson will be located at the centre of avenue McGill College between Sainte-Catherine and de Maisonneuve.

The city has unveiled a new all-seasons public square in downtown Montreal that will have spots to hang out, an ice skating rink in the winter, and even an "urban chalet" with restaurants and "creative spaces," according to Mayor Valérie Plante.

In a statement, the mayor said the new Esplanade Tranquille will be the "new flagship destination" of the Quartier des Spectacles.