What We Know So Far About Quebec's Vaccine Passport 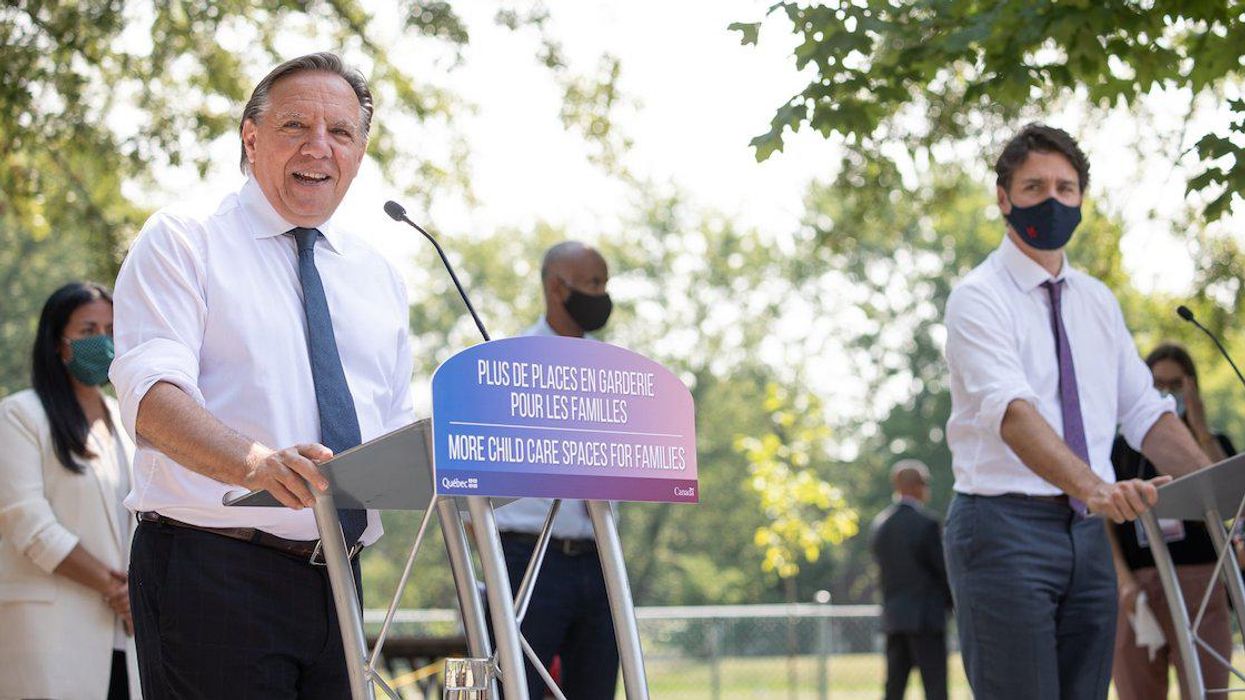 Here's what we know so far about the plan, as well as Justin Trudeau's reaction and an outline of New York City's own vaccine passport framework.

Why a vaccine passport now?

"Unfortunately, over the course of the last few days, we have seen an increase in the number of cases," the premier said in a Thursday press conference, explaining that Quebec is at the beginning of a fourth wave of COVID-19 infections.

In July, the government had stated it would only introduce a vaccine passport if there was a new surge in cases.

"We have a responsibility to act," Legault declared, ruling out the possibility of more total lockdowns.

Officials have been clear that the vaccine passport would only apply to non-essential activities.

Legault gave the example of going to a restaurant.

Quebecers who aren't fully vaccinated would still be able to access public and essential services.

In the Wednesday press conference, Legault suggested the passport would be a sort of reward for people with two vaccine doses.

"We are going to give certain privileges to those who have accepted to make the effort to get two doses," he said.

Further details will come from Health Minister Christian Dubé at a later date.

The premier concluded by encouraging all residents to get vaccinated.

What did Justin Trudeau have to say about the vaccine passport?

The prime minister, who was with Legault for a funding announcement for Quebec's daycare system, said he supports the Quebec government's efforts.

Trudeau also hinted that the federal government was exploring how provincial vaccine passports could be used for other purposes.

"We're in the process of working with provinces and territories that want [a vaccine passport] to ensure that what Quebec and other provinces will do will also be useful for international travel," the prime minister said.

Trudeau called such measures "a question of leadership."

Leaders, municipal, provincial, federal and otherwise, "all have a responsibility to ensure that people get vaccinated," he said.

How does a vaccine passport work elsewhere?

New York City, which has roughly the same population as the province of Quebec, is also set to introduce a vaccine passport system, called the Key to NYC Pass.

It's unclear how much the two jurisdictions' vaccine passports will have in common, but New York's plan offers at least some insight into how such a system will work.

Unlike Quebec, however, New York residents will only need one dose of a vaccine to get their Key to NYC Pass.

De Blasio did not say what the punishments could be for refusal to use the pass.

The mayor also did not directly respond to questions about whether the Key to NYC Pass will eventually take the form of a standardized certificate or app, but said during a question period that physical proof of vaccination or already-in-existence state and local apps would be enough to access restaurants, gyms and indoor entertainment.

He also said it will be up to businesses to check for the Key to NYC pass or vaccination proof at the door.

"Not everyone's going to agree with this, I understand that," de Blasio said.

"But, for so many people, this is going to be the lifesaving act — that we're putting a mandate in place, it's going to guarantee a much higher level of vaccination in this city, and that is the key to protecting people and the key to our recovery."

Health Canada has a robust website with all the latest information on the vaccine and can answer any questions you may have. Click here for more information.