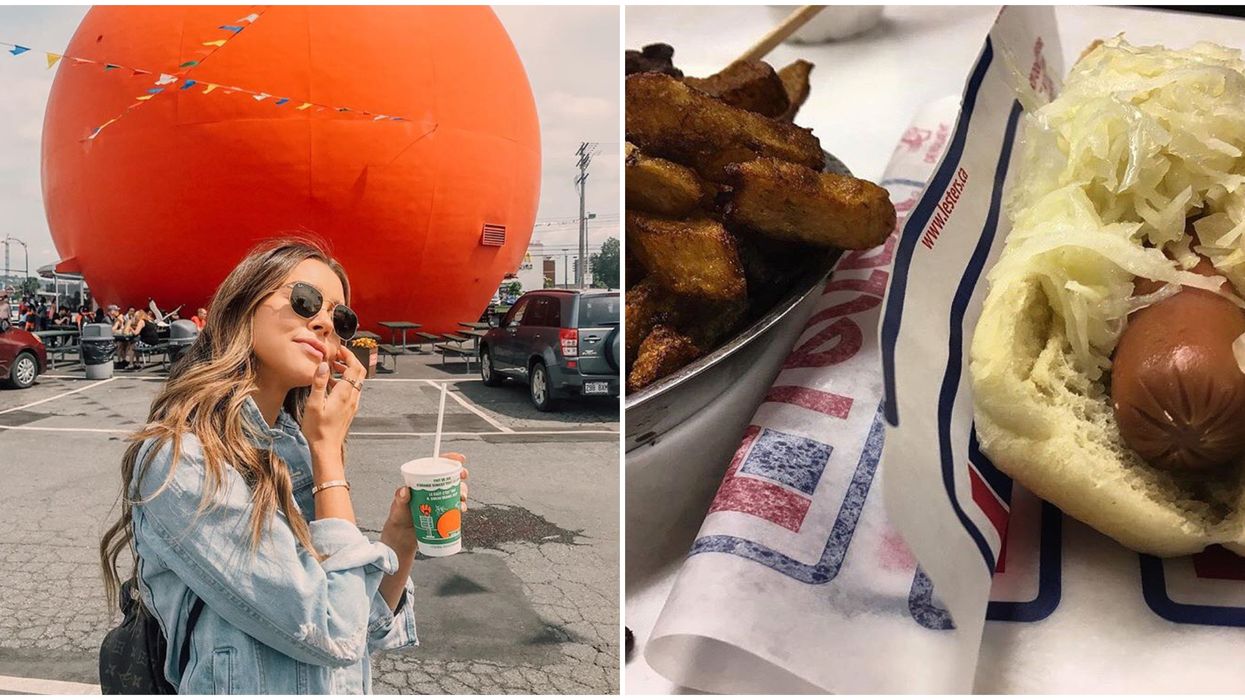 The best places to eat in Montreal are perfectly imperfect. They might have mismatched or wobbly tables set-up too close to the kitchen. They might have greasy menus (and cutlery), busy servers who try to hurry you along, and kitschy interiors. But it’s all part of the experience — and the best part about many of these places is you can eat well for cheap.

Boulevard Décarie is the absolute definition of perfectly imperfect.

Editor's Choice: Montrealers Can Now Get The ULTIMATE Mix Of Sweet & Salty With These New Popcorn Pops

This diamond-in-the-rough lies on either side of the Décarie Expressway — a big highway that splits the city in two — and crosses through Notre-Dame-de-Grâce/Côte-des-Neiges all the way up to rue Poirier in the Saint-Laurent borough.

Several unique eateries are peppered along the street like flowers growing between cracks in the concrete.

With these places, it’s not only about the food. Though the food is obviously important.

It's also about the whole experience mentioned earlier: the setting, the feeling you get from being elbow-to-elbow with other diners — pre-COVID, of course — or jockeying for a place to sit on the sidewalk.

It’s about gaining entry to special parts of the city where you might not normally venture.

And all that can be yours for under $11, tax not included.

A steamed hot dog from Décarie Hot Dogs for $1.85

Founded in 1969, this place is an invaluable institution and is widely known to serve some of the best hot dogs in the city. Their basic "steamie" comes topped with house-made coleslaw and at $1.85, it’s an absolute steal.

A small julep from Gibeau Orange Julep for $3.25

It’s hard to miss this giant orange-shaped Montreal landmark. On certain summer nights, it attracts hot rod and racing enthusiasts of all ages, in vehicles of all shapes and sizes. Their small julep goes for less than $4 and is well worth it for what tastes like orange creamsicle in a glass.

An Italian poutine from Tasty Food Pizza for $9.25

When this place was founded in 1958, it was at the end of the line for the downtown bus service, which made it a prime location. It survived the construction of the Décarie Expressway and prospered.

Italian poutine is traditionally made with both bolognese sauce and gravy, and Tasty Food's is a masterpiece for just $9.25. But once you're there it makes sense to also splurge on the pizza.

Potato latkes from Snowdon Deli for $7.50

A Décarie staple since 1946, Snowdon Deli is the best place in the neighbourhood — and arguably the city — for Jewish deli classics.

A few dishes on the menu are $11 or less, such kasha and bowties and noodle pudding (aka kugel), but crispy potato pancakes are a favourite for good reason. They're $7.50 per pound.

A BLT wrap from Otago in Hotel Ruby Foo's for $11

Décarie is a bit of strange place for a luxury hotel, but there you have it.

The tumultuous story of Montreal is beautifully encapsulated in the history of Ruby Foo's, which was once the go-to hangout spot for the city’s elites who would hobnob over spareribs and cocktails.

Today it's grown into a hotel complex with two restaurants: Eggspectation and Otago. The BLT is on the lunch menu.

Four pieces of pork dim sum from Oriental Fusion for $6

Once you see their big tables with lazy Susans, you’ll know you’re in for a treat.

This place is hidden in the basement of the Kanda restaurant near the Namur metro station, so it’s a hidden gem in a very literal sense.

Spanakopita from Arahova Souvlaki for $4.99

This delicious and savoury spinach pie from Arahova will transport you to the sun-drenched islands of Greece for a few precious moments.

Two Jamaican patties with salad from Tropical Paradise for $10.95

This family-owned restaurant is too busy making amazing West Indian cuisine to have much of an online presence, but numerous reviews claim their food is on point.

A bowl of borscht from Restaurant Rasputin for $7

This place has a dance floor where you can throw down after enjoying a delicious bowl of Russia's distinctive beet soup.

A box of sugar dough balls from DoughNats for $10

You can get a box of her delicious sugar dough balls for only $10 but once you’re there, you're likely to splurge on doughnuts, which come in flavours like "Demi Leva-Dough" and "Cereal Killer." There are also vegan and gluten-free options, and everything is 100% peanut free.

This place is so underground you can't even find their menu on the web but numerous sources claim this is one of the best and only places in the city for homemade Phnom Pehn noodle soup.

When winter cold starts nipping, you’ll be pleased to know you can warm your bones with a hearty bowl.