Eve Parker Finley will get you through lockdown. 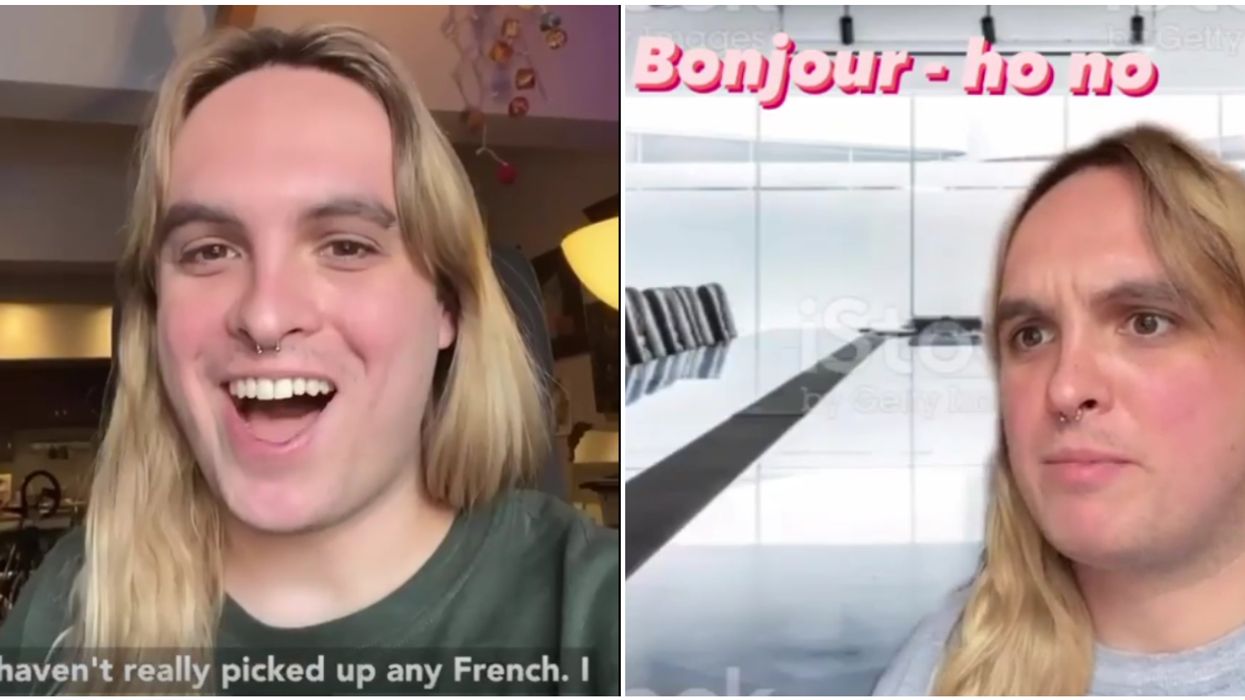 In such a chaotic world, it's rare to find comedy that speaks to a universal experience.

But despite the chaos, comedy has never been so democratic, with apps like TikTok and Instagram making stars of even the most unassuming comedians.

Editor's Choice: A Huge Winter Park Is About To Open Near Montreal, Complete With An Illuminated Slide & DJ

Montreal's own Eve Parker Finley is one of these stars, but the artist and emerging comedic talent is anything but unassuming.

Combined, her TikTok and Instagram accounts boast over 15,000 devoted fans.

Her videos satirize everything from the 'Bonjour-Ho' fiasco to third-wave baristas and say what we're all thinking — that sometimes, living in Montreal is just too absurd to be true.

MTL Blog spoke with Finley about her videos and what's in store for her growing legion of fans.

Questions and responses have been edited for clarity.

Why do you think parody is an effective way to address some of the current events in Montreal?

People laugh at comedy for a bunch of reasons, but one of the reasons that are really powerful is when they feel like they see themselves represented in a way that feels really true but also kind of absurd.

There was a really big trend of satirical parody comedy in the 2000s... Recently in the late 2010s during the Trump era, parody is difficult to do because things are just so f*cked.

You don't even have to make it fantastical. It's actually just sort of speaking the truth back to the audience.

I just wanted to create stuff that's very based on my own life and my own communities. And I think people have been responding to it really positively, which is amazing.

What are your favourite videos that you’ve done so far?

I love "Ontario girls in first year," that is a character that is definitely gonna be seen more in 2021.

A lot of these characters don't seem like real people to me that will continue living on but I'm gonna spend time thinking about them a little bit more because I wanna develop some things for the new year.

I think the one that I've had the most fun playing with is the "gross boy" character that's based on a lot of my experiences dating men.

It was really cathartic and funny to create a character from that. That's the one that kinda started at all, I feel.

I want my videos to be spontaneous. I think that's the cool thing about the medium of like TikTok and Instagram is like, yes the internet is forever but it's ephemeral — it comes and goes, it gives you like a brief moment of joy.

I think that's a fun playground to play in.

What’s next for Eve Parker Finley?

I feel like my relationship with social media used to be that I wanted to do it to connect with the community and also promote my music. And then this whole comedy angle has kind of grown into its own branch of what I like to do.