The STM hopes to activate them on all buses soon. 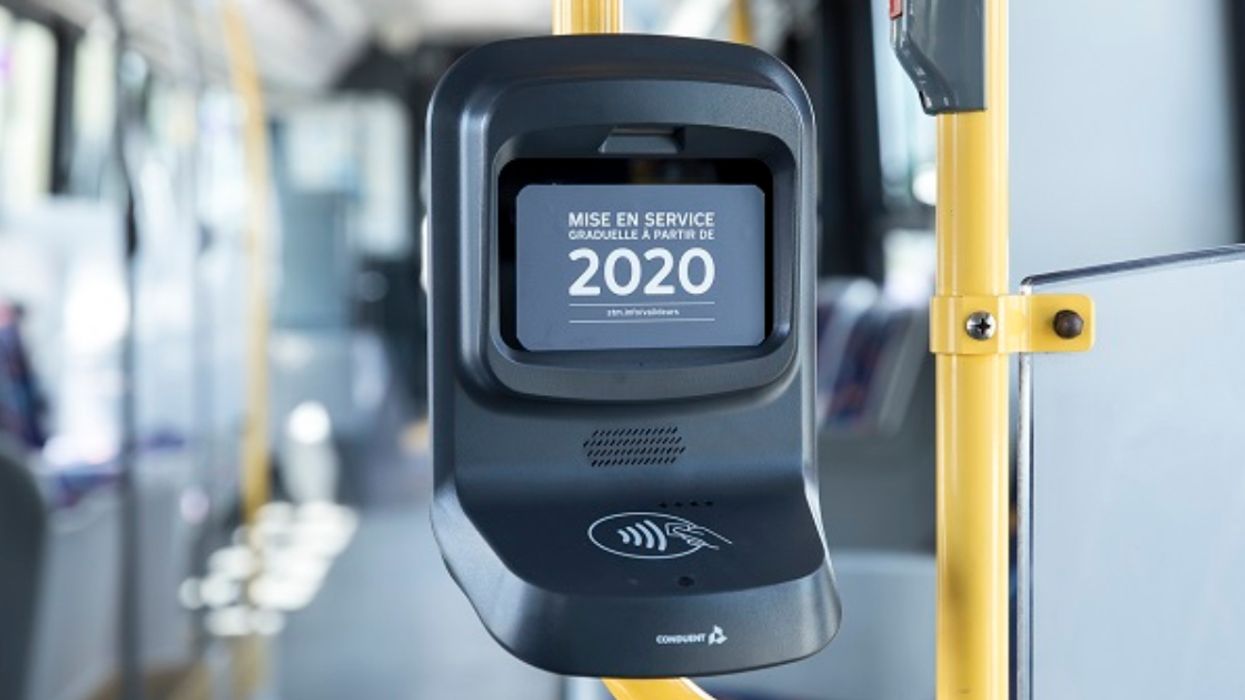 Bus riders around Montreal will soon see a new and exciting feature on all buses around town. Starting this week, the STM is testing out its new back door OPUS scanners on six 139 Pie-IX buses. If the testing goes off without a hitch, the STM will gradually begin activating the scanners on more buses throughout the winter.

"The new equipment will speed up card reading, resulting in a better flow of customers aboard buses, and their installation at the rear doors of articulated buses will optimize all-door boarding," said STM Spokesperson Phillipe Déry.

Editor's Choice: The Realities Of Learning French In Montreal That No One Warns You About

"Universal accessibility will also be enhanced through a larger screen, improved audio function, and an optimized location."

The STM has already purchased over 2,500 new scanners to deploy on its network.

If you have an OPUS or L'ocassionelle card, you'll be able to enter from either the front or the back of the articulated bus.

If you're paying with cash or one of those magnetic stripe cards, you still have to enter from the front exclusively.

You'll be able to spot the new OPUS card readers on the 139 all week long from September 14 to 18.

Some of you might remember seeing these fancy new scanners over a year ago on some buses around town but they weren't yet functional.

After rigorous evaluation, the scanners are finally ready for a test in real-world situations.

The STM hopes that by 2023, bus riders will even be able to pay directly on these new scanners using a debit card or credit card.

"Eventually, the project will also allow the STM to move toward more advanced technology, such as direct fare payment by bank card or smartphone," said the STM.

Take a ride on the 139 Pie-IX this week if you're down to try out the new OPUS scanners.