All for a good cause. 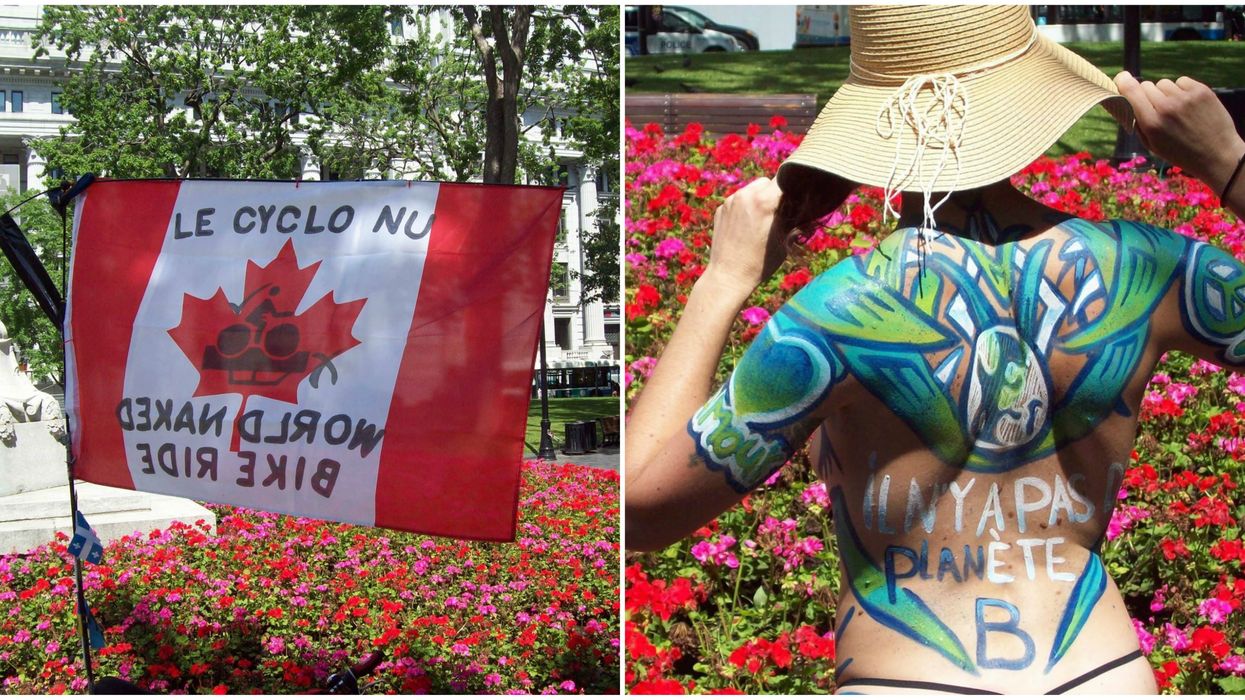 On July 18, a number of naked bicyclists rode bravely through downtown Montreal in 33 C heat to protest car culture and promote safe cycling. It was all part of Montreal's contribution to the World Naked Bike Ride initiative, a yearly event that has taken place in about 70 cities in 20 countries around the world since 2004.

The ride is much more than just a chance for local nudists to bare all on a bike, it's a global movement that's championing a whole host of progressive ideals from body positivity to community building, according to Forbes.

Editor's Choice: A Second Shark Has Been Tracked Swimming In The Gulf Of Saint Lawrence

In Montreal, the ride is "a peaceful protest against fossil fuels and dependency on oil," its Facebook page explains.

If stripping down completely is not your thing, don't worry. The people behind this event are super relaxed.

The event's dress code is "Bare As You Dare" which means there's lots of leeway in how you want to participate and no one is excluded based on levels of clothing.

Riders are also encouraged to decorate themselves and their bicycles outrageously.

Montreal hosted its first ride back in 2009 and it's grown in popularity over the years but of course, with the coronavirus pandemic, this year's event was a little bit different, according to event organizer Gene Dare.

"People wore masks, but we did bicycle distancing also," he told MTL Blog.

He also suggested that the ride could not have proceeded as it did without the help of Montreal police officers who provided vehicles and a "Bike Squad" to make sure things ran smoothly.

"They looked like they themselves were having a blast getting air launching off the sidewalks onto the road. What awesome teamwork," said Dare.

Over the last two years, organizers have added stretches of rue Sainte-Catherine to the route, "which everybody said would be impossible," he said.

"I want to expand the ride to a greater distance looping through the Gay Village."

"We want everybody in Montreal smiling and to get our environmental message out. Less gas, more ass," said Dare.

The city's nude cyclists owe a debt to Dare, a Torontonian who began coordinating Montreal's ride three years ago when nobody else stepped up to the plate.

"I enjoy putting it all together," he said. "My mother is from France so I don't feel like an outsider."

Over the past 12 years, he's built up Toronto's ride to over 150 cyclists and he expects to make Montreal's ride even bigger.