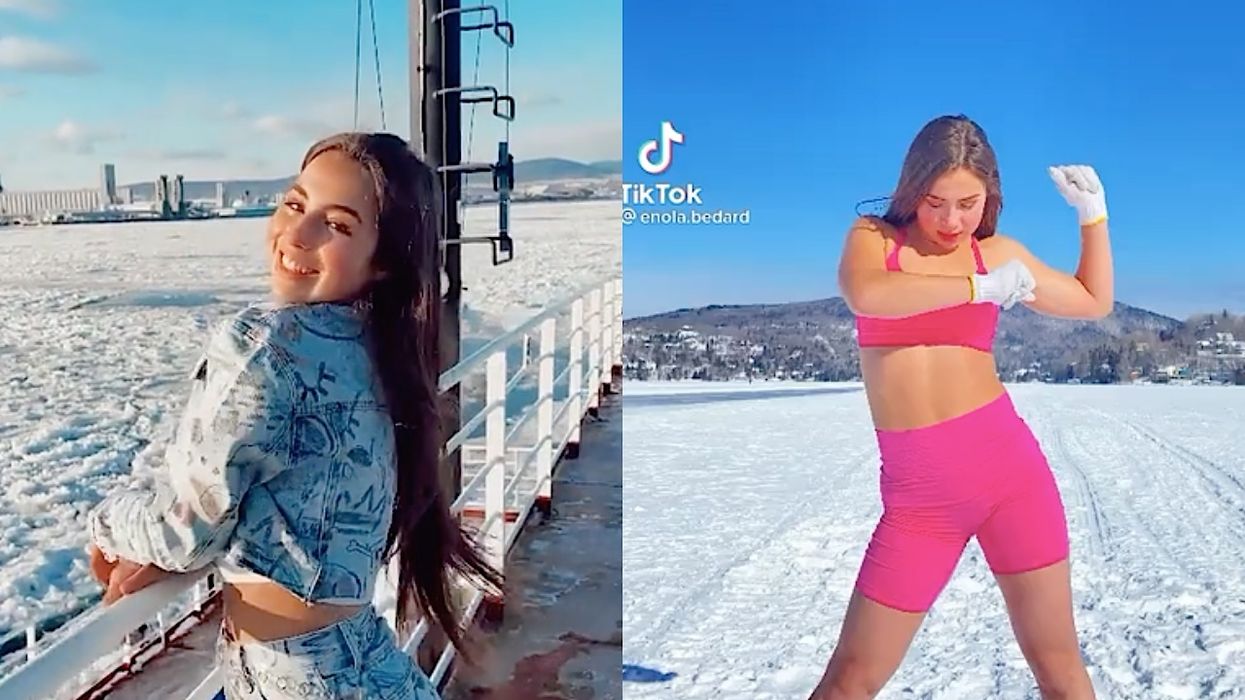 Quebec TikToker and professional dancer Énola Bédard recently opened up about her skyrocketing fame in an interview with Narcity Québec.

The 20-year-old, who has over six million followers on TikTok, also gave fans some insight into how she makes money through the social media platform.

Editor's Choice: Jacques Villeneuve's Westmount House Is For Sale & It's As Unreal As You'd Expect (PHOTOS)

Bédard's rise to fame has been meteoric. She told Narcity Québec that she had just 9,000 Instagram followers when she began to post regularly.

She credits her success to her hugely popular dance videos, which show her performing in some spectacular and sometimes peculiar places, like Quebec City's Terrasse Dufferin, on frozen lakes and — to the utter bewilderment of bystanders — at grocery stores and shopping malls.

"I had been working for several months to really promote everything I was doing in contemporary, hip hop, [and] all the styles [of dance] I do," she said.

"Dancing has always been my job, so I'm really glad that during the pandemic I was able to keep my job, but I've really adapted to the situation now."

Bédard told Narcity she makes an income from collaborations.

"Artists will approach me to create my own video for their song," she explained.

"So I've been able to work with a lot of record companies for songs by, say, Justin Bieber, Ed Sheeran, Shakira and many others."

Those collaborations only increased her fame.

"It helped me to be known by really famous artists. Mainly Shakira, Jennifer Lopez, The Black Eyed Peas, Sean Paul and Cardi B have been sharing my stuff."

She has also worked with companies like Fila, Amazon, Bang Energy and World of Dance, Narcity says.

"It's different from when I was mowing the lawn at like, $13 an hour."

Her next career move? According to Narcity: getting a visa so she can move to the U.S. and pursue more professional opportunities.

Fans can probably expect to continue to watch Bédard's journey on her TikTok channel, one split at a time.

A 620-Pound, Bigger-Than-A-Human Tuna Was Caught Off The Coast Of Quebec (PHOTO)

Quebec's Iconic "$5 Waterfall" Is Only 2.5 Hours From Montreal & A Must-See This Fall