Only 2 flavours would remain. 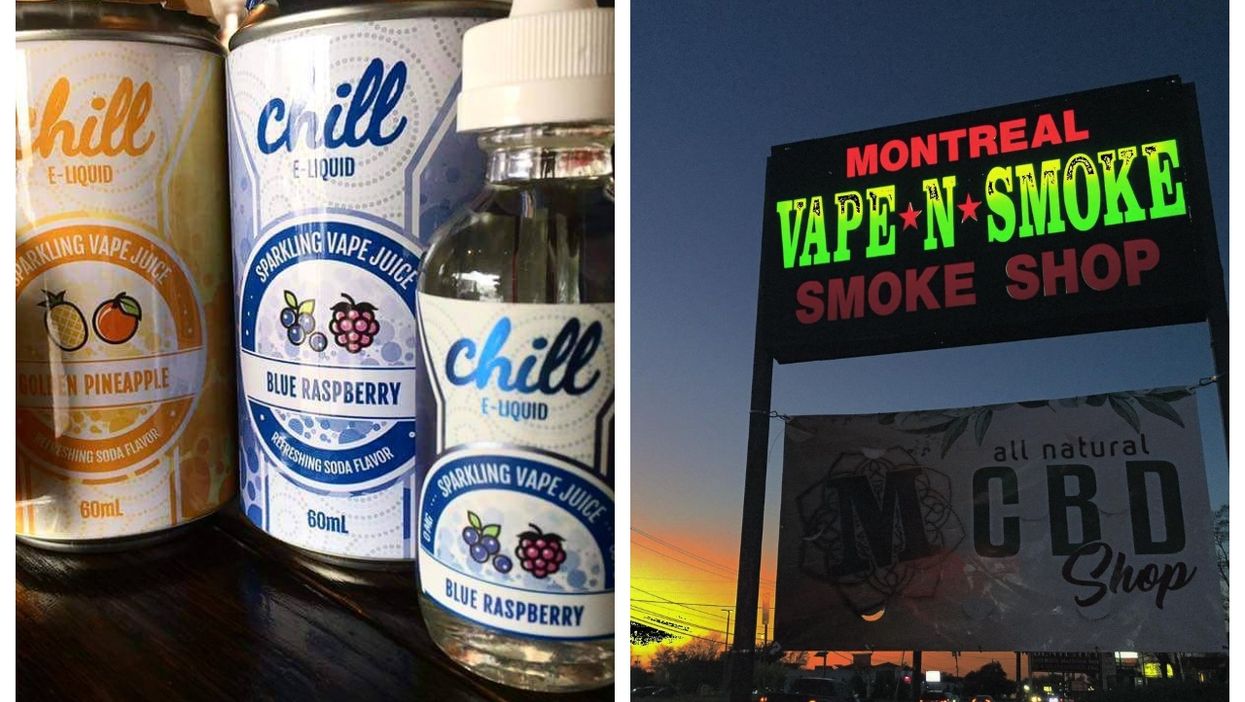 Health Canada is proposing to ban almost all vape flavours in Canada, according to a June 18 announcement.

With the aim of restricting youth access to vaping in Canada, the federal health authority would restrict all flavours of vape juice to tobacco and mint/menthol.

Editor's Choice: Quebec Green Zone Rules You Need To Know For Next Monday In Montreal

Youth vaping continues to rise in Canada, despite youth smoking being at its lowest level in decades, according to Health Canada.

The health authority says vaping could lead to tobacco use, threatening Canada's efforts to lower the number of people who smoke.

"Research shows that flavoured vaping products are highly appealing to youth, and that youth are especially susceptible to the negative effects of nicotine - including altered brain development, which can cause challenges with memory and concentration," says Health Canada.

Data from the 2018-2019 Canadian Student Tobacco, Alcohol and Drugs Survey showed that e-cigarette usage rates doubled among students, compared to 2016-2017.

What is Health Canada proposing?

Health Canada's proposed ban — which is open for consultation until September 2 — would prohibit all sugars and sweeteners in vape juices, as well as the majority of flavouring ingredients, with limited exceptions to allow for tobacco and mint or menthol flavours.

The regulatory changes would also include "sensory standards" to "prevent a sensory perception" of flavour other than one that is normal for tobacco and mint flavours.

Health Canada expects that the new changes would make vape products less appealing to young Canadians while providing adult smokers with a small range of flavours to transition to vaping, which it says is a less harmful source of nicotine than cigarettes.

The health authority says businesses that sell vaping products would not suffer an administrative burden from the proposed changes — but they would have to limit their product ranges, potentially resulting in less revenue.

How are people reacting?

"It doesn't make sense or have any scientific justification," said Flory Doucas, spokesperson for the CQCT.

"Menthol is the second most popular flavour among youth, tied with mango [...] If the goal is to protect youth from the underhanded tactics of the vaping industry, this proposed regulation does not get a passing grade."

Meanwhile, the Coalition des droits des vapoteurs du Québec (CDVQ) said Health Canada's proposals could cause thousands of vapers to reconsider their decision to quit smoking, arguing that the variety of vaping flavours currently available has been key to helping smokers ditch cigarettes and adopt vaping instead.

"Its success lies in its effectiveness in combating smoking insofar as the products to be consumed are pleasant to the taste, whereas that of tobacco reminds them too much of cigarettes," the CDVQ said of vape flavours.

Imperial Tobacco Canada echoed the CDVQ's statement, saying that the proposed changes would only push consumers towards cigarettes.

"The reality is that many smokers are looking for a lower-risk alternative to smoking that they will enjoy. So flavours and nicotine levels play an important role," said Eric Gagnon, vice president of corporate and regulatory affairs for Imperial Tobacco Canada.

"Isn't it the government's duty to provide a reduced-risk product that satisfies these needs so that consumers don't return to smoking?"