It was a corgious affair for the pets and their people. 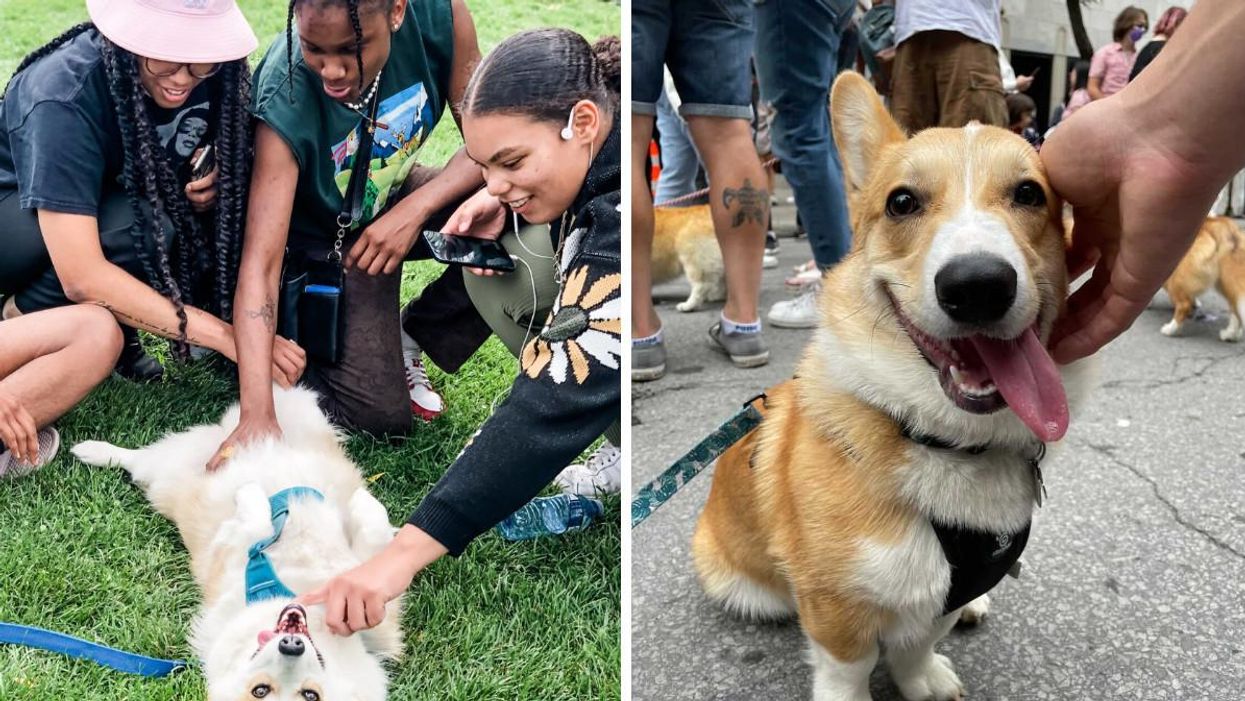 A party was held in Montreal on September 11, and this one went straight to the dogs.

The event, called "Le Happy Corgi Party," was hosted by YATAI MTL as part of the city's first Shoni Market, a celebration of Asian cuisine that offered Montrealers samples of delicious street fare from about 30 different kiosks.

Over 150 corgis and various other pooches and their owners gathered in Ernest Cormier Esplanade park to mix, mingle and chase some (admittedly short) tail, explained YATAI MTL's Thien Vu Dang.

Cuteness overload was evident as the corgis — an allegedly enchanted herding breed that fairy folk would use to pull their tiny carriages and ride adorably into battle, according to legend and the American Kennel Club — did their thing.

To keep the event exclusive, participants had to preregister online and guests were only informed of the meeting place a few days in advance.

YATAI MTL, which launched the pooch party after successfully hosting a Shiba Inu gathering in June as part of Montreal's first-ever Japan Week celebrations, has been making a name for itself with its dog party promotions.

In fact, it's already preparing a corgi party for 2022 and prospective guests are invited to submit ideas for the affair online.

Montreal Has A New Japanese-Inspired Croissant Shop With Stuffed Croissants

There's even a crab-stuffed croissant with truffle sauce!

Around 30 vendors will serve street eats on rue Ste-Catherine.

From September 10 to 12, rue Sainte-Catherine Ouest will close off between rue Lambert Closse and rue de Bleury as pedestrians sample delicious Asian street fare from around 30 different kiosks.

The new square will be located on avenue McGill College.

The City of Montreal has announced that it's naming a new public square to honour local jazz legend Oscar Peterson.

Place Oscar-Peterson will be located at the centre of avenue McGill College between Sainte-Catherine and de Maisonneuve.

It's the social event of the year for corgis and their people.

Attention party animals: on September 11 from 1 to 3 p.m., Montreal's corgis and their owners will be gathering in a downtown park for a special day of fun and fluffy butts.