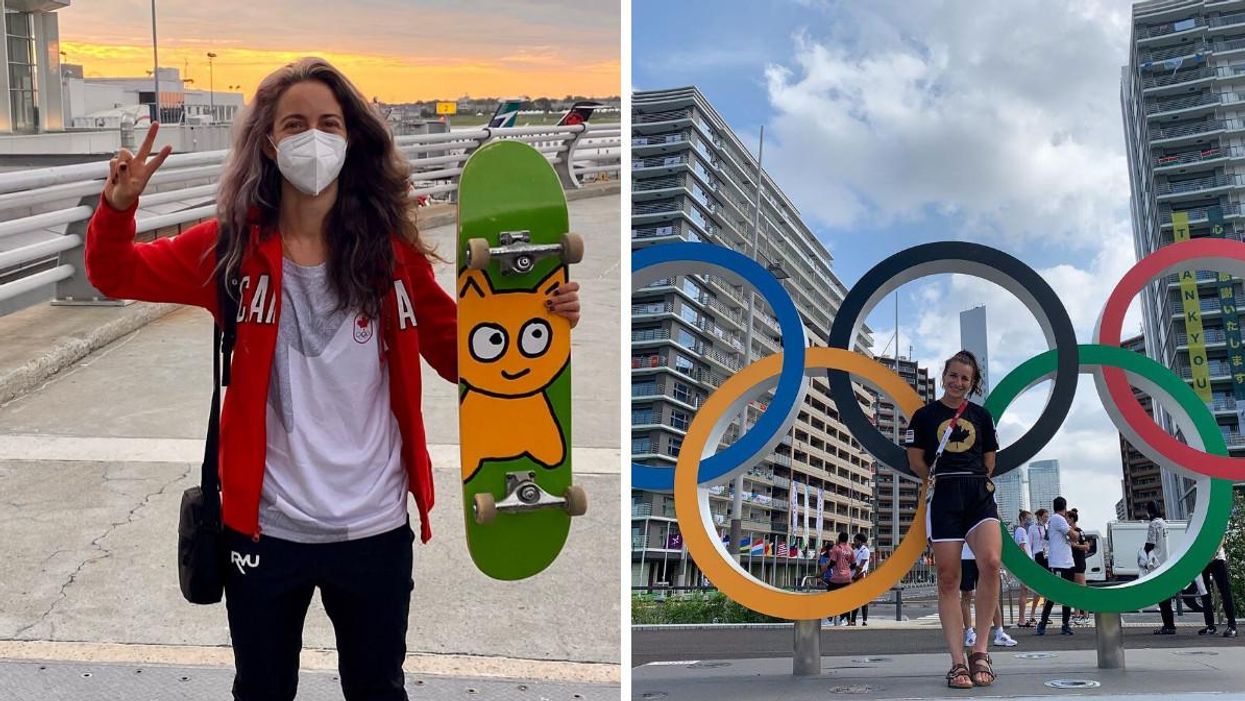 Fair warning: you're about to feel like an underachiever. Here are eight Olympic athletes from Quebec with jobs — and, in some cases, longstanding careers — outside of their sport.

This information comes from the athletes' Team Canada bios as well as some of their personal sites.

Bilodeau, a 37-year-old competing in athletics, works as an accountant for Deloitte.

An Olympic sailer, a sommelier and a sous-chef, 40-year-old Bone is a true renaissance man.

Buisa, a 24-year-old rugby player, is a student fundraiser supervisor at the University of Victoria, according to her bio.

She also participates in Rugby Canada's BIPOC Working Group, "assisting in the development of policies, education and training to ensure rugby in Canada is free of racism," Team Canada writes.

According to Buisa's LinkedIn page, she further works part-time as a consultant for Decolonize Together, an organization that "[provides] decolonial training and consultancy services."

This 37-year-old Canadian boxer is a teacher with a degree in special education. She has shared her love for her job on social media.

"Before I became a teacher, I had no idea that you could fit so many kids in one heart," an Instagram post by Da Silva reads.

"This profession is mine and I love it... period," she wrote in the caption.

Guglia is involved in multiple enterprises, according to her Team Canada bio. The 30-year-old skateboarder has a master's degree from HEC Montreal and founded All Gurlz Sk8 D8, which, according to Guglia's website, offers "free initiation and skateboarding lessons for girls of all ages and all abilities in Montreal."

She's also a Vans Canada marketing coordinator and describes herself as an influencer, having partnered with multiple brands on her social media platforms.

The 28-year-old rower of Lac Beauport "works in nursing" when she's not competing.

This 32-year-old weightlifter is dedicated to fitness. She also "owns and operates a CrossFit training centre."

Savard is another multi-talented Olympian. She studied pre-school and primary education at UdeM and now works as a teacher. She also starred in a movie about a swimmer that earned distinction at the Cannes Film Festival.

In a 2020 graduation photo posted to Instagram, Savard reflected on her accomplishments.

"22 years of study later...and a couple of breaks...for a few Olympics 🙄 Today, I'm officially leaving the school benches...only to return for several more years 👩🏻🎓 but this time to accompany the children of our future generation on their educational journey 💙"

Savard is 28 years old and competing in swimming.